Yes, the ACA’s individual mandate penalty applied throughout 2018, even though the law to eliminate it was enacted in late 2017. If you were uninsured in 2018 and not eligible for an exemption, you’ll owe a penalty when you file your taxes in early 2019. But after that, the federal penalty will not be assessed (some states have their own individual mandate penalties, discussed below).

Nearly nine years after it was enacted, most parts of the Affordable Care Act (aka Obamacare) are supported by the majority of Americans. This includes guaranteed-issue coverage regardless of pre-existing conditions, premium tax credits (subsidies) that make coverage more affordable, coverage for essential health benefits, the elimination of annual and lifetime benefit maximums, and the expansion of Medicaid.

But the individual shared responsibility penalty, aka the individual mandate, has remained an unpopular provision of the law. The mandate went into effect in 2014 and requires all Americans to maintain health insurance coverage unless they’re eligible for an exemption. From 2014 through 2018, there was a penalty assessed by the IRS on people who didn’t maintain coverage and who weren’t eligible for an exemption.

The Penalty Started Out Small But Grew Over Time

Is the Penalty Still Being Assessed Under the Trump Administration?

President Trump campaigned on a promise to repeal the ACA and replace it with something else. Republicans in the House passed the American Health Care Act (AHCA) in 2017 but the legislation failed in the Senate, despite repeated attempts by GOP Senators to pass it.

On his first day in office, Trump issued an executive order aimed at « minimizing the economic burden » of the ACA. It essentially instructed federal agencies to be as lenient as possible in their enforcement of ACA taxes and penalties.

The penalty itself was specified in the text of the ACA, meaning that legislation (as opposed to just regulatory action by HHS or the IRS) was necessary in order to change or eliminate the penalty. The tax bill repealed the penalty as of 2019, but until then (including the 2018 tax year), the IRS has to continue to enforce it.

However, under the terms of Trump’s executive order, the IRS can more lenient in terms of granting exemptions from the penalty. And they quietly made a change in February 2017, noting that they would continue to accept « silent returns » for 2016. But that changed in early 2018, when tax returns for 2017 were processed.

Here’s what it all means

So although there has been considerable confusion in terms of what’s going on with the individual mandate penalty under the Trump Administration, the filing process with regards to the individual mandate was the same for 2014-2016 returns, but became more strict for 2017 returns, as silent returns were no longer accepted. And although the penalty no longer applies to people who are currently uninsured in 2019, it does apply to people who were uninsured in 2018 and are filing their 2018 tax returns in 2019.

How Did the Elimination of the Individual Mandate Penalty Affect Your Health Insurance?

The elimination of the individual mandate penalty in 2019 contributed to higher premiums for 2019, because insurers expected that the people likely to drop their coverage after the penalty was eliminated would be healthy, whereas sick people will tend to keep their coverage regardless of whether there’s a penalty for being uninsured. The penalty’s original purpose was to encourage healthy people to join the risk pool, as a balanced risk pool (with enough healthy people to offset the claims costs of the sick people) is necessary for any health insurance product to function.

According to rate filings for 2019 plans, average premiums would have decreased for 2019 if the individual mandate penalty had remained in place (instead, there was a small average increase in rates). The primary reason average premiums increased instead of decreasing for 2019 was the impending elimination of the individual mandate penalty, along with the Trump Administration’s efforts to expand access to short-term plans and association health plans (those plans appeal to healthier individuals, so their expansion has the same effect as the penalty repeal, in terms of reducing the number of healthy people who maintain ACA-compliant individual market coverage).

Some States Continue to Have Individual Mandate Penalties

With the elimination of the federal individual mandate penalty, some states have implemented their own mandates and penalties:

A Word from Verywell

The ACA’s individual mandate penalty was never popular, but premiums for individual market health insurance are higher now that it has been eliminated, since coverage continues to be guaranteed-issue. Prior to 2014, there was no mandate, but insurance companies in most states could decline applications or charge additional premiums based on applicants’ medical history.

Once coverage became guaranteed-issue (meaning insurers could no longer consider applicants’ medical history), it became necessary to impose some sort of measure to ensure that people maintain coverage year-round. Otherwise, people would be more likely to go without coverage when they’re healthy, and only sign up for coverage when they’re in need of health care, which would result in higher premiums (the limited enrollment periods are the other part of the incentive to ensure that people maintain coverage year-round).

And we were all still required to maintain health insurance in 2018. Penalties are being assessed in early 2019, on 2018 tax returns, for people who are uninsured in 2018 and not eligible for an exemption. But even now that there’s no longer a penalty (in most states) for being currently uninsured, it’s still wise to have health insurance. Not having coverage means that health care for a serious ailment could be unaffordable or completely inaccessible, and it will continue to be impossible to sign up outside of open enrollment if you don’t have a qualifying event (and many of the qualifying events now require the person to have already had minimum essential coverage in place before the qualifying event). A serious illness or injury doesn’t count as a qualifying event. 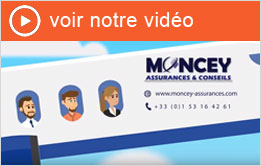